Several years ago at the Autumn Fiber Festival, I acquired my first Angora rabbit, a French Angora rabbit that we named Fitzgerald. I had thought Angora rabbits would be a nice addition to our farm. After all, we have a herd of alpacas, and three Angora goats (more on them later), and I love working with natural fiber. The Angora breed is very sweet, quite docile, has a calm-nature, and I had been thinking about it for awhile, so it wasn’t all that spontaneous, if you think about it. Convincing my husband wasn’t all that hard. I mean why not?

I liked the fact that I could brush him/her and collect the fiber, which is called Angora, for spinning. No harm to the bunny. It’s therapeutic really to brush a super soft bunny that’s sitting in your lap. I’ve learned that some breeds of Angora rabbits typically go through a shedding cycle called molting a few times per year. The wool will start to release and can easily be removed by “plucking” it off or simply by grooming with a comb. This is the preferred method for people who are harvesting the wool for spinning because when you use shears, the guard hairs get mixed in with the wool, and you have many different lengths of fiber.

Angora is a fiber so fine, that it’s usually blended with other fibers because by itself it’s considered too fine to hold the dense stitches of knitting. Angora is said to be seven times warmer than sheep’s wool and considered too warm for a garment, another reason for blending. Blending Angora fiber with other fibers such as wool, mohair, silk, and cashmere will add warmth and softness, as well as give a ‘halo’ effect to the yarn.

The breeder I bought from told me that Angora is also wonderful blended with Alpaca Fiber … that works for me!

This is the Bunny Shed which is right outside my bedroom window! There is a cage inside where I feed and water, and plenty of room for bunnies to romp around. There’s room for me too, to sit and have my morning coffee and brush bunnies, which I do frequently.  Some people house their bunnies indoors, and get quite creative with their housing.

I do a small amount of affiliate marketing, and there are several links in this post that lead to products that we don’t sell at Alpaca Meadows, but we do receive a small percentage of the sale should you purchase those items.  Every little bit helps pay the bills, so thank you in advance!

A year later, at the same fiber festival, I took home two black bunnies (that later turned a beautiful grey) as companions for Fitzgerald. Do you think that fiber festivals might be my downfall? We named them Simon and Garfunkel. They got along great … three amigos!

This is some of Simon’s beautiful grey fiber. In the background, be sure to notice his beautiful ears with tufts of fiber at the top!

Fast forward to this Spring. We went on a family vacation and when we came home we found babies … two little white baby bunnies in our bunny shed, already with their fur and their eyes open! Knowing what I know now, I’m guessing they were probably close to three weeks old! Initially, I wasn’t even sure who the mother was, but “Fitz” seemed to be paying more attention to them than the others so we determined she was the mother. Shocking, considering we were told Fitz was a male!

Later in the day, I took my not-very-happy husband out to see the babies, and I found three more, two black and another white one. We were shocked … and thrilled (at least I was) all at the same time.

Here’s a picture of them when they were a little older in an outdoor play area, where we put them so they can get some exercise.

We changed Fitzgerald’s name to Mrs. Fitz, and remodeled the bunny shed in order to keep boy and girl housed separately, though I’ve since learned they can be rebred within 24 hours of delivering babies, and there was a good chance she was already pregnant again! They had been together for weeks! I started reading about baby bunnies to learn what I could … obviously we were not prepared for this was a very unexpected pregnancy! One thing I learned is that determining gender is difficult, especially when they are young, and it’s not uncommon for rabbits to be sexed incorrectly! For more information on sexing rabbits, click here.

Soon after learning that Fitzgerald was a female, we learned something else. Rabbits can have lots of babies! There were 11 babies in her second litter!

The gestation period of a rabbit is only 28-32 days! If male and female are not kept separate, there can be another litter born as soon as one month later! So, if you don’t plan on getting into the bunny (funny) business, or you don’t have room for 12+ rabbits, be sure your males and females are kept separate. They are cute, but ….

It was amazing to learn and see first-hand how quickly baby bunnies grow! They are born with their eyes closed and no fur, not really very cute at all. In just a few weeks they have fur, open their eyes, and then begin to crawl out of their nesting box looking for adventure.

Once they were out of the nesting box, we put the bunnies in a cage leaving the top open so that mom could get in and nurse. Mamas only nurse once, or twice a day. In the wild, if they were to nurse more frequently, they would be apt to draw in predators. Even nursing once a day provides all the nutrients that their kits need for the day.

Just the other day, we went out to the bunny shed and realized that they could climb out of their cage (at about three weeks old)! It seems like everyday, there is something new they are doing from starting to nibble on hay, then rabbit pellets, then finding it comfortable to lay in the hay rack, and trying out the water bottle!  They really like lettuce!

We try to hold and pet our baby bunnies everyday so that they are used to people and it really does help form their personalities. Once your rabbits trust you and are used to you and your smell, they become quite friendly. Mrs. Fitz will jump right on our laps and is happy to see us. Some people even have their Angora rabbits inside as house pets.

Something we have discovered about Mrs. Fitz (and probably females in general, maybe rabbits in general) she is protective of her space. She will lay side-by-side with Simon, but if he somehow gets into her space, she becomes fierce! So, it seems motherhood brings out a protective and aggressive side of females. It’s especially interesting because prior to having her babies, she lived in harmony with the males and there was never any fighting.

Our journey “down the rabbit hole” shall we say, has been quite delightful. This breed of rabbit is charming, and their fiber is wonderful. If you’re wanting to dip your toes into the world of fiber, Angora rabbits just might be a good start!

A Beginner’s Guide to Angora Rabbit Care
Interesting Facts About Rabbits
How Fast do Baby Rabbits Grow?
Care Tips for Angora Rabbits
Learn How to Groom an Angora Rabbit
How to Spin Angora
The Jersey Wooly Rabbit

If you’re looking to purchase Angora rabbits in Ohio, contact us to see if or when we might have bunnies for sale. 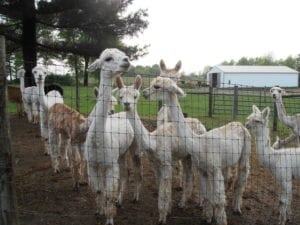 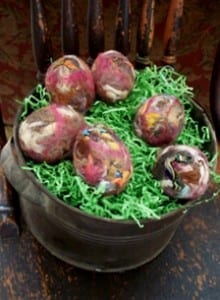 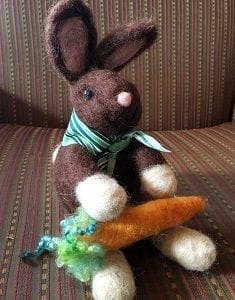