Doing a search for Valentines on the internet, I found these cute hearts, and the super easy pattern to crochet these Love Hearts on PlanetJune.  I think I’ll incorporate these into the Learn To Crochet class coming this month! 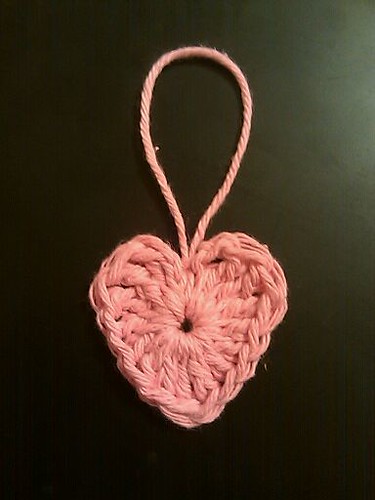 I then did a search for Valentine’s Day

and learned a few things … 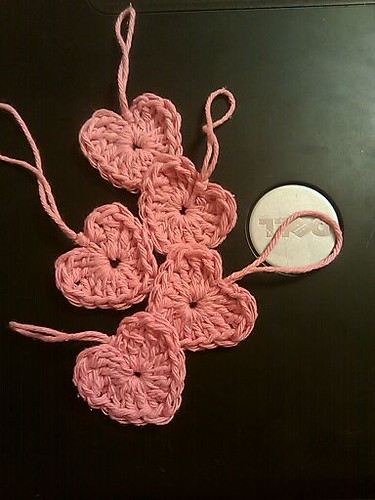 Both implications of the word come from a time long long ago. At a turbulent period of Roman History
when a crumbling Roman empire was facing hostilities from all sides, the country needed valiant soldiers who would be ruthless and able to lay down their lives for the cause of the motherland. Emperor Claudius II felt that marriage was becoming a serious impediment in building a strong national defence as married soldiers felt disinclined to stay away from home for a long time. He issued an edict forbidding marriage to assure quality soldiers. But a kindly priest Valentine came to the rescue of young Romans and secretly married them off. But this good time was not long to last for Claudius II soon got wind of Valentine’s actions and had him arrested. Though initially impressed by Valentine’s personality and courage, the emperor tried to force his order on him and is even said to have attempted to convert him.

When Valentine refused to obey both royal orders, the incensed emperor ordered his execution.

While awaiting his sentence in prison, Valentine is believed to have restored the sight of the jailor’s daughter with his reported mystical powers. This earned him the friendship of the jailor Asterius as well as his daughter. A little time before his death, Valentine is said to have asked for a pen and paper from his jailor, and wrote a farewell message to Asterius’ daughter signing it as “From Your Valentine,” a phrase that lived ever after.

The Roman Empire was soon to fall, and its end brought everything back to normalcy. The people never forgot Valentine and they created a holiday in memory of their loving priest. Along with “Valentine’s Day”, the tradition of sending personal messages also gained popularity among love birds and such handwritten notes of love came to be known as “Valentine”, a name drawn from the signature of Valentine’s last letter to Asterius’ daughter. 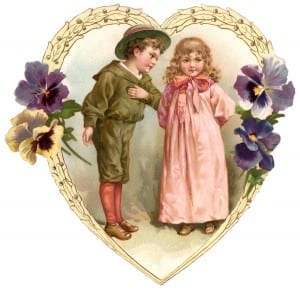 The first modern valentines reportedly became popular from the early 15th century. Following his defeat in the battle of Agincourt, the young French Duke of Orleans was captured and confined in the Tower of London for many years. During his captivity, he wrote many poems

to his wife. About sixty of these remain and have been preserved among the royal papers in the British Museum.

When printers came in use, a limited number of cards with verses and sketches began to be produced. However, these were smaller and costlier than the handmade cards which were oversized but economical and elaborate.

By the 18th century, it became a common practice in England to exchange hand-made cards on Valentine’s Day. People began to
create valentine cards

for their sweethearts by themselves out of lace or ribbons, and featuring cupids and hearts.

Gradually, the American colonies took on the tradition. But it only during the 1840s that Valentine’s Day greeting cards began to be commercially produced in the U.S. The first American Valentine’s Day greeting cards were created by Esther A. Howlanda Mount Holyoke, a graduate and native of Worcester, Massachusetts. Regarded as the “Mother of the Valentine”, Howland made elaborate “Valentine” cards with real lace, ribbons and colorful pictures known as “scrap”. It was only with Howland’s mass production of the Valentine cards that the custom gained popularity in the United States.

With a reduction in postal rates in the early 19th century, the production of Valentines got a greater thrust. It also helped establish the custom of sending anonymous messages or cards to those one admired.

In the 21st century, Valentine’s Day has become one of the major holidays in the world, especially in the U.S. where it has spawned a multimillion dollar greeting card industry. As per a survey by the Greeting Card Association, 25% of all cards sent each year in the U.S. are “Valentine”s. This is another evidence of the ever increasing popularity of the “Valentines”, that are seen by many as an extension of the old love letters.

A message of love, that is what the “Valentine” is. Try sending one to your special someone on this Valentine’s Day.

Read about Valentine’s Celebrations Around The World. 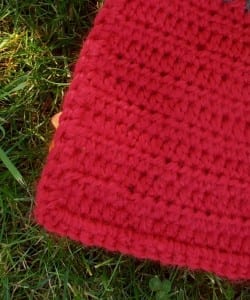 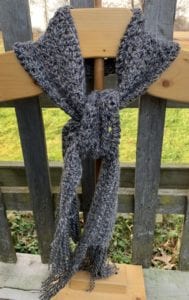