As I learned about fiber and fiber art, I was introduced to some very interesting terms, one of them being niddy noddy.
What in the world?

According to Wikipedia, a niddy-noddy (plural niddy-noddies) is a tool used to make skeins from yarn. It consists of a central bar, with crossbars at each end, offset from each other by 90°.  The central bar is generally carved to make it easier to hold.  Either one of the crossbars will have a flat edge to allow the skein to slide off, or will be completely removable.  Niddy-noddies can be constructed of many different materials including wood, metal, and plastic.  Wood is traditional, and most quality niddy-noddies are still made of wood.  Budget spinners

occasionally use niddy-noddies made from PVC pipes. 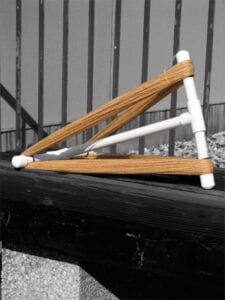 Want to make your own?  Robyn Wade, editor of The Lost Pages blog  has provided instructions.

Manufactured niddy-noddies can be made of different sizes, producing skeins from 12 inches in length to 4 feet in length. The most common size, however, produces a two yard skein.  Very small niddy-noddies are generally used for small samples. Many spinners will spin a sample length of yarn, ply it, and skein it using a niddy-noddy before washing. Then the spinner can see if the yarn is as desired or not. 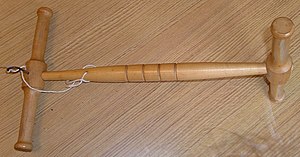 By counting the number of wraps for the skein, and measuring the length of one wrap, the approximate yardage can be calculated. The yardage is approximate because an exact yardage requires an even tension throughout wrapping the whole skein. Also, a very large skein requires wrapping the new layers on top of the old, which increases the length of the top layers.

A niddy-noddy, though apparently one with the crossbars parallel, is held by Christ in Leonardo da Vinci‘s Madonna of the Yarnwinder in Edinburgh. 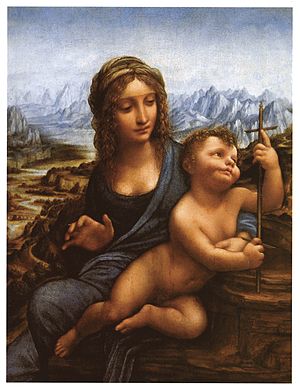 or plying the yarn generally gets washed, and a skein is the best form to have the yarn in for washing.  Although balls are easier for knitters and crocheters to use because they don’t get tangled as easily, yarn is sometimes taken from a ball and reskeined in order to measure the yardage of leftover yarn, store it without tension, or to wash out kinks if the yard was unraveled.

When skeining from wheel spun yarn, the bobbin can either be removed from the wheel and placed on a lazy kate, or skeined directly from the wheel. If the bobbin is left on the wheel the tension on the drive band must be lessened in order to allow the bobbin to turn freely. Yarn spun on spindles can either be left on the spindle, or slipped onto a dowel for plying. The spindle or dowel is either placed in a lazy kate, or even a bowl to keep the spindle in one place while winding off the yarn.

This process continues until the whole skein is wound. The time to skein yarn on a niddy-noddy depends on the yardage, and thus how many wraps need to be made. A larger niddy-noddy can speed up the skeining, but a very large one can be bulky, and thus slow down the time to do one wrap. At this point, the skein is secured by loose figure eight knots between each crossbar. This can be done with scrap yarn, or with small pieces of yarn from the end of the skein. In either case, loosely securing each end with a slip knot

makes it easier to find the ends in the finished skein. Generally 4 or more knots are tied.

Once the yarn has been skeined, it can be dyed or washed to set the twist. Weavers often dry their yarn under tension with a weight at the bottom of the loop, to stretch it out and remove some of the elasticity.

Traditionally the niddy-noddy was used to the rhythm of a song, the opening line of which ran,

The closest tools similar to a niddy-noddy are the swift, and the spinners weasel.  I use a skein winder which works well for me! 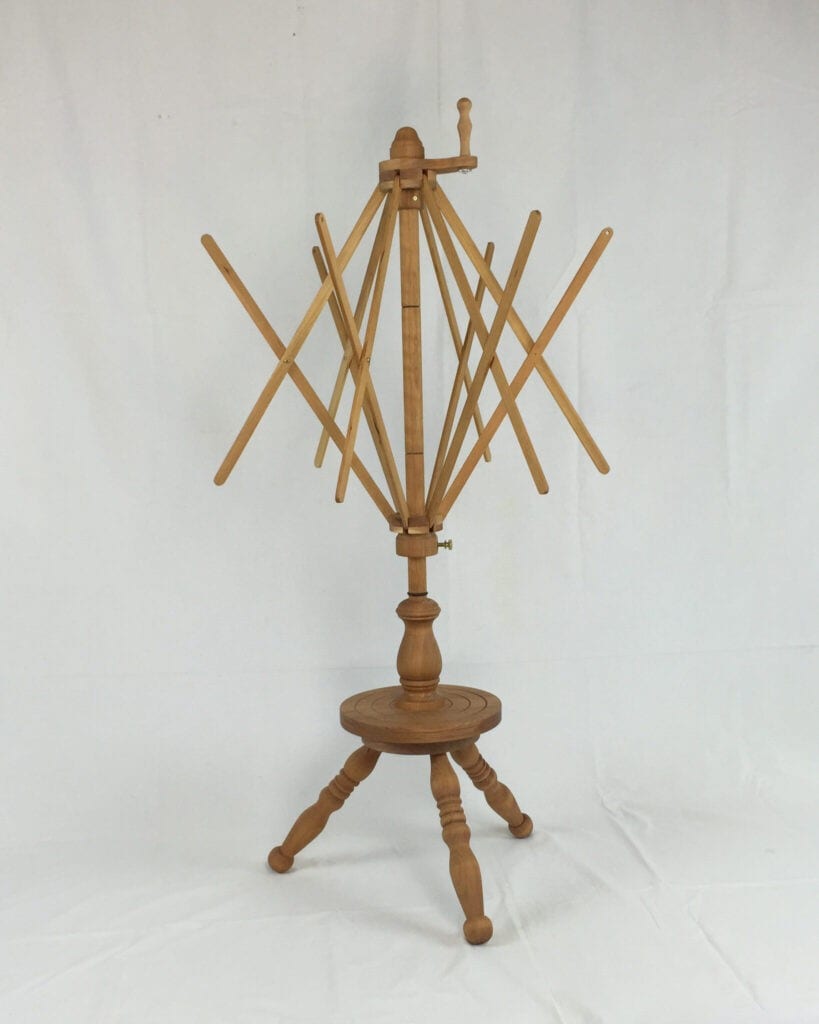 How To Use A Ball Winder and Swift 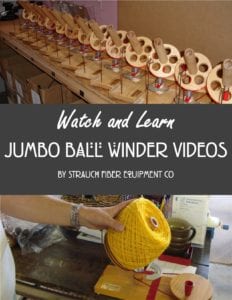