It is true that alpacas are quiet and peaceful.  However, when it comes to male alpacas there is a pecking order, and sometimes they fight to determine who’s going to be in charge.  Mostly they disagree over who’s going to stand closest to the girls.  We’ve had two separate groups of males this winter for reasons I’ll explain in a moment. Recently, I nonchalantly opened the gate between the two groups because we are needing the barn space, hoping they all could just get along.  I stood and watched what unfolded next, and found it to be quite interesting.

Let me back up and give you a little history.  We have a bully and his name is Ranger, or shouldn’t I label him?  I guess as nature would have it, he has fought his way to the top of the pecking order, but he’s almost gone to auction for the last three years because he’s a management problem.  Not only does he fight with our other males, he keeps them in the far pasture so they can’t be near the girls, or the hay, or the water.  We did solve the water problem by putting another water trough in the back pasture.

As we prepared for winter, we were forced to put Ranger in a separate pasture, and give him half of the small barn that the boys use, in order for the rest of the males to have access to shelter this winter.

Then came Derecho, a male huacaya that was rehomed to us this winter.  He is our only huacaya male, the rest being suri’s.  We knew better than to put him with Ranger, and have him get beat up, but being a small male, he somehow was able to squeeze between fence posts and get in with you know who.  Why would he want to do that?  I have no idea.  There were a few skirmishes, but Derecho always came out on top, don’t ask me why.  Because he’s fluffy? Because he looks bigger than he really is?  At any rate, the two have lived together fairly peacefully all winter.

So, back to my story.  When I opened the gate between the two groups of boys,  they didn’t even notice for quite some time.  I went about doing chores, and after some time had passed, I glanced over and saw that Ranger was right up at the fence, as close as he could be to the girls, the rest of the males back out in the far pasture.  No surprise.

I then saw Sam put his head to the ground and come charging towards Ranger, followed by all but one of the rest of the males.  Thunderstruck, the oldest, stayed back leaving such nonsense to the younger boys.  They circled Ranger, as if to say “we’ve had enough”, and chased him back to the far pasture.

Derecho meandered up to the fence, taking Ranger’s place, closest to the girls.  None of the other boys seemed to mind.  It seemed to be okay to let the new guy be in charge, without him even having to fight for his position.  Perhaps he is the peacemaker.

I stood and watched awhile longer.  Ranger seemed to be sneaking out of the back pasture, running to the front.   Sam lead the enterage again and corralled Ranger to the back pasture.  I found their behavior to be so interesting, doing only what comes natural to them, to be male alpacas.  There has been no fighting, no screaming, and no blood.  There has been body posturing, ears laid back , and looks that mean business.  Now all five males are living peacefully, together, for now. 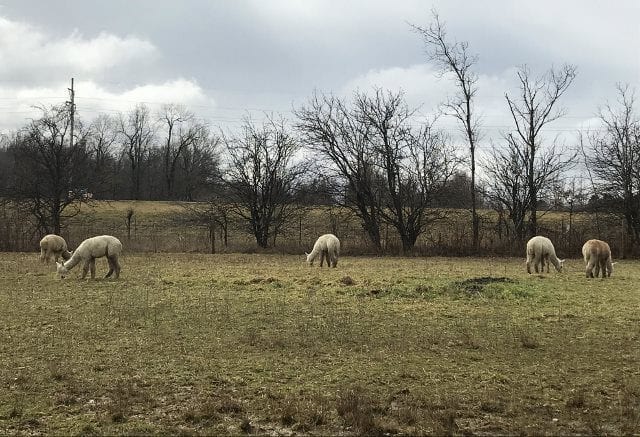 Marty McGee Bennett says, “It is only possible to affect what you can control.  Trying to make males that live together play nicely all day and all night is impossible, even if you were willing to move out into the pasture with them!”

Understanding Male Behavior in the Alpaca is a great article written by Marty and published in Alpaca Magazine.  Marty writes, “Convincing alpacas NOT to engage in natural behaviors is a losing proposition. I think an easier approach to males is to make fighting, or any other problematic behavior, unnecessary.” 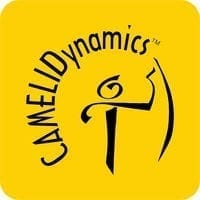 Marty McGee Bennett has traveled the world, including two different visits to our farm for training and handling seminars.  She has devoted her professional life to the well-being of camelids and the education of their owners.   CAMELIDynamics is the result of Marty McGee Bennett’s over 30 years of experience with camelids. If you ever get a chance to attend one of her workshops, it is well worth it.  She not only teaches training and management of alpacas, but training of their people! 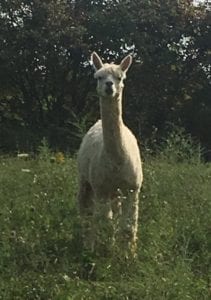 It seems we’ve always had a bully.  Spirit claimed the title before Ranger.  Keeping a lot of distance between males and females, giving them ample room to establish boundaries they inherently need, spreading food dishes out at feeding time so there is less to squabble about, all help to manage our sometimes rowdy boys and lower the stress level in the male pasture.

Shearing Day Is Behind Us

Guess Who’s In The News? 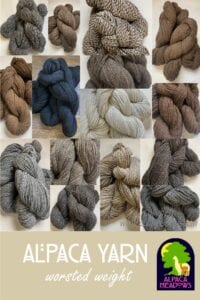 Alpaca Yarn Processed and Back From the Fiber Mill