I love, love, love farm fresh eggs.  They actually have color and taste.  Hard boiled farm fresh eggs also can be very hard to peel!   They kind of just get torn apart, sometimes a whole layer of egg gets wasted, and the egg looks like it’s been through a war by the time you eat it.  Someone told me it is because they are too fresh.  Eggs from the grocery store are much older and easier to peel when hard boiled – now that is a scarey thought!
Anyway, it turns out there are instructions on the world wide web on how to hard boil the perfect egg – who would have guessed!  There was a point in my cooking career that I could have used that information!!  An interesting tidbit that I do know is that in Colorado, where I once lived, it takes seven minutes to hard boil an egg because of the higher altitude, versus three minutes here at home in the midwest.
I’m so easily distracted, especially on the internet.  Wouldn’t you know, I also found information on peeling those hard to peel eggs.  I think I’ll give it a try – How To Peel/Shell Hard Boiled Eggs Perfectly. 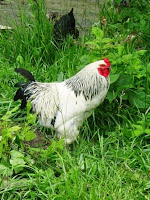 We actually have tried raising chickens (among many other species including ducks and rabbits and goats and guinea pigs and mice and geese and puppies and kittens and cows and of course, alpacas) but every darn time, they have met their demise thanks to predators, the chickens that is. I’d like to try it again sometime as I love the eggs, enjoy gathering them, and like just having chickens around. 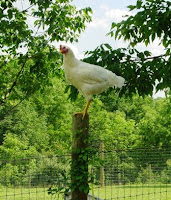 The first time we raised them they were free range, big mistake. Even our shitzu became predator to those chickens – she was so proud the day she dragged one through her doggy door to show us!  My daughter will never be the same after being chased by the rooster.  It was hysterical to watch but not at all funny for her.
Another chicken story, who would have thought I’d have chicken stories, was when we were having our barn built. The builder drove a red pick-up truck and one of our hens layed an egg in the back of his truck every day while he was working – how’s that for take-out service! It was too funny the first time our alpacas saw chickens in the pasture! This is Shining Star, one of our vey first alpacas, still on our farm today.  We bought her at a show, watched her take a blue ribbon in the show ring, then followed her owner back to her pen and bought her!

When I was looking for this picture I was reminded she has had five beautiful babies (called crias) for us.  King James was the first, we sold him and repeated the breeding because we liked him so much.  Thunderstruck is in our breeding program today and making awesome babies, as is his half-sister Crassy, out of our Grand Champion, Accoyo Matterhorn. Rebel is a Rocko baby, not on our website yet, yikes I’m behind, but he has taken some ribbons and is definitely show quality!  Ranger is her latest baby and he is looking every bit as nice as the others.

Shiny makes awesome babies – she is a keeper! 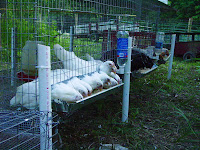 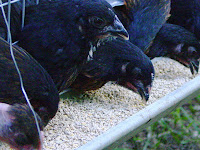 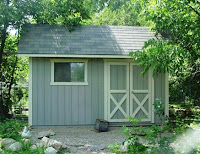 Besides predators, our chickens decided to roost in the alpaca barn, which became a problem because they were pooping in the feed trays. Back to the chicken shed they went. 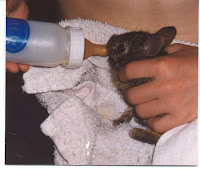 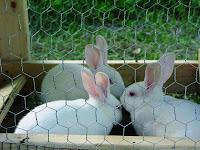 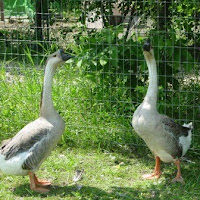 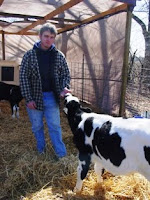 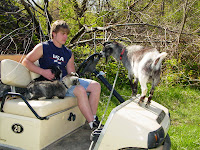 Sometimes I feel like it’s a zoo around here! 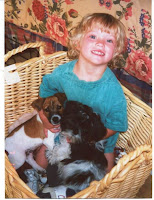 The Jack Russell had to go back where he came from . . . 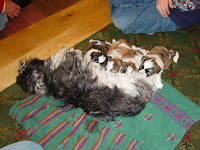 More later on the jackass/pony that my husband received from my son on Father’s Day. 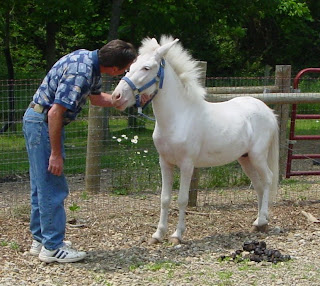