Earth Day Founder Gaylord Nelson passed away July 2005 at the age of 89.  He believed strongly that education is the key to changing people’s attitudes about the environment and he devoted much of his energy to that challenge.
All About Earth Day
Earth Day is a day designed to inspire awareness and appreciation for the Earth’s environment. It was founded by U.S. Senator Gaylord Nelson as an environmental teach-in held on April 22, 1970 and is celebrated in more than 175 countries every year. Earth Day is celebrated in spring in the Northern Hemisphere and autumn in the Southern Hemisphere. Many communities celebrate Earth Week, an entire week of activities focused on environmental issues. While the first Earth Day was focused entirely on the United States, an organization launched by Denis Hayes—the original national coordinator in 1970—took it international in 1990 and organized events in 141 nations. Earth Day is now observed each year on April 22 in virtually every country on Earth. Earth Day is now coordinated globally by the Earth Day Network. World Environment Day, celebrated on June 5 in a different nation every year, is the principal United Nations environmental observance.

I had no idea when or who started Earth Day and found this interesting.  We can even be knitting green and be using alternative fibers that are more friendly to our planet.

Alpacas are earth-friendly, just another reason I love alpacas . . .
Alpacas have been domesticated for more than 5,000 years. They are one of Mother Nature’s favorite farm animals. They are sensitive to their environment in every respect. The following physical attributes allow alpacas to maintain their harmony with our Mother Earth. 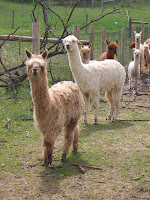 The alpaca’s feet are padded and they leave even the most delicate terrain undamaged as it browses on native grasses. 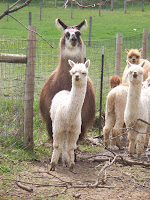 The alpaca is a modified ruminant with a three-compartment stomach. It converts grass and hay to energy very efficiently, eating less than other farm animals. 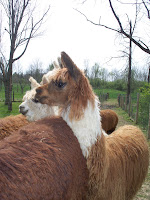 Its camelid ancestry allows the alpaca to thrive without consuming very much water, although an abundant, fresh water supply is necessary. 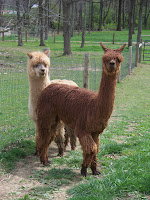 The alpaca does not usually eat or destroy trees, preferring tender grasses, which it does not pull up by the roots. 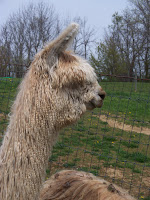 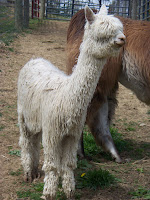 A herd of alpacas consolidates its feces in one or two spots in the pasture, thereby controlling the spread of parasites, and making it easy to collect and compost for fertilizer. 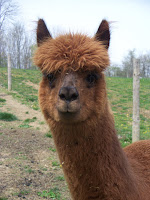 An alpaca produces enough fiber each year to create several soft, warm sweaters for its owners comfort. This is the alpaca’s way of contributing to community energy conservation efforts. 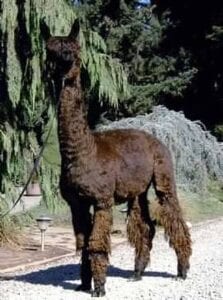 Will You Look At Him Now? 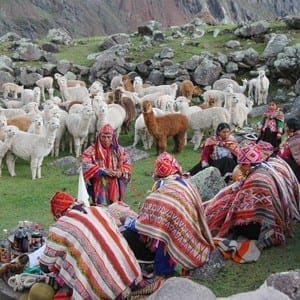 This Must Be A First: Alpacas Blessed In Nation’s Capital