It was an early, early morning on Saturday as we headed to Shaker Square in Cleveland, Ohio for Opening Day of the North Union Farmer’s Market, with alpacas! This was a first for Oliver Twist and Cub Scout.  They had never been off our farm before, everything was new!

This Farmers Market is held every Saturday through the middle of November, and opens at 8am.  We are an hour and a half away so if you do the math, allow for a shower and time to set-up, we were out of bed by 4am – yikes – that doesn’t even sound good!

Decisions, decisions.  I sold some of my hand-spun alpaca yarn, one that I didn’t even have the label on yet!

And, I sold some perennials I had dug out of my flower beds and fertilized with alpaca beans, sometimes referred to as “alpaca gold”.  It is great stuff and can be put in your garden without having to decompose first.  There are places I wish I hadn’t put, like my landscaping around the house, the bushes have gotten so big so fast!

I dug up Daisies, Black-eyed Susan, and Yucca, all very hardy and very showy when they are blooming!

Though early, it was fun and we made a little money selling our wares.  We did lots of talking about alpacas – people love alpacas!

There is just a feeling of exhilaration at farmers markets, and an atmosphere that all is right in the world, with all the freshly grown produce, fresh baked goodies, and artisans that line the street.

Usually there is music of some sort playing, and many times local restaurants will send their chefs to cook up their specialty!

The sights and smells are wonderful!
This Saturday we head to Crocker Park in Westlake, Ohio for their Opening Day!  And following is our market schedule:
North Union Farmers Market
Historic Shaker Square
8am to Noon
April 24
May 15
June 19
July 3
July 24
July 31
August 14
August 21
August 28
September 25
October 9
October 23
November 6
November 20 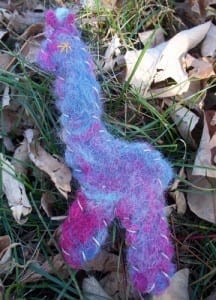 Would You Wear This Hat In Public?